Students are lead through a series of activities working with Strings, random numbers, 1D, 2D and 3D ragged arrays with the culminating activity: a Swift program that creates a series of randomly-generated Haiku poems. 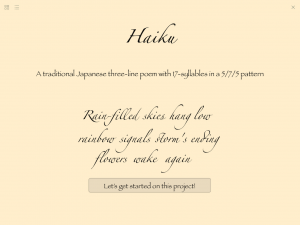 In the second set of activities, students are required to access specified elements in a 1-D array of Strings.  Then they are 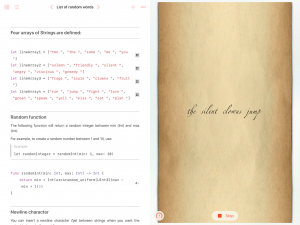 There is a “cut-scene” that walks through traversing an array: 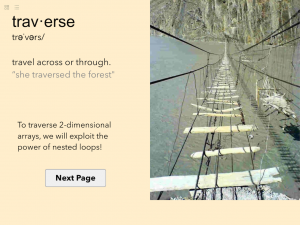 Next, 2-D arrays are introduced with a cut-scene that illustrates a multidimensional arrays as an “array of arrays.”  This conceptual model is particularly useful when students are working with jagged arrays, as in this example.

Near the end of the challenge, students are lead through a code-highlighting activity where they watch a nested-for-loop execute and access all 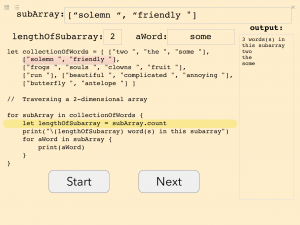 the elements in a jagged array of Strings.

With all these new tools at their disposal, the final activity invites students to write a program that will produce a sequence of randomly-generated Haiku poems. 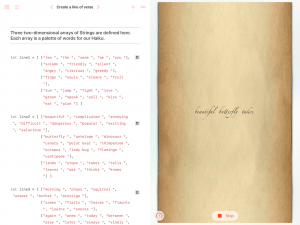 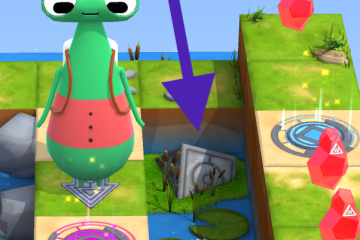 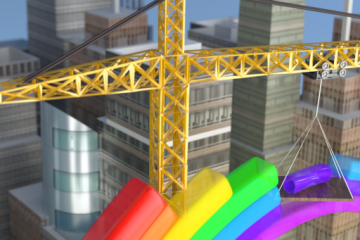 Much of computer science is learned by students outside the classroom.  Therefore, as computer science educators, it is perhaps at least as important for us to inspire, as it is to teach. We are compiling Read more… 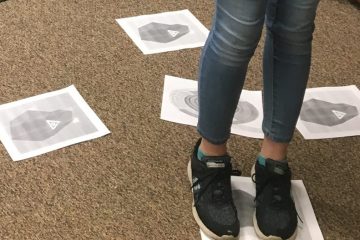 Our students had a particularly challenging homework assignment this week: Corners of the World in the Learn to Code 2 Collection. We all succeeded in getting Byte to complete the activity, but the code was Read more…